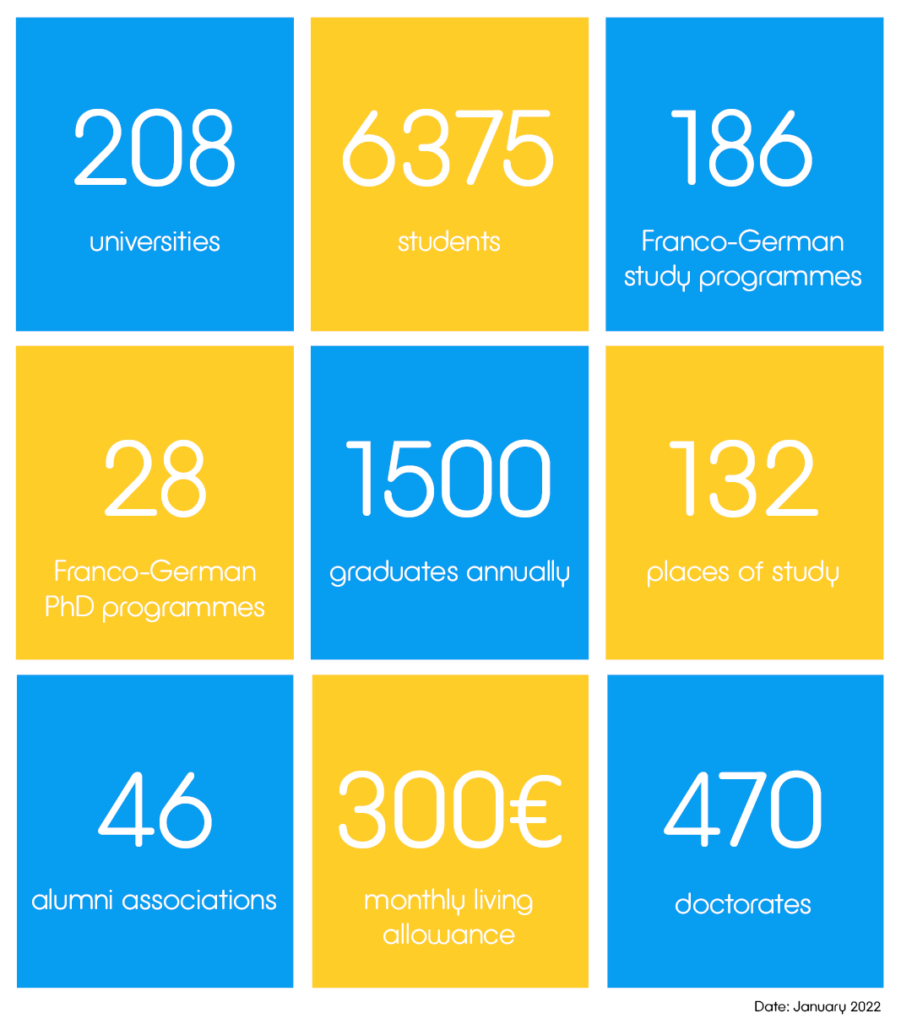 The Franco-German University (FGU) is a network of affiliated universities from France, Germany and other countries. Its administrative offices are located in Saarbrücken, Germany. The FGU was established as an international institution following an intergovernmental agreement (the Weimar Agreement) in 1997.

The FGU provides expert guidance on relations between French and German universities with the aim of improving cooperation in the areas of university study programmes and research in both countries.

The FGU’s main tasks include initiating, coordinating and funding structured academic programmes for each of the three Bologna cycles. These degree programmes are subject to external evaluation by French and German academic experts.

Around 6,400 students are currently enrolled on 186 bi-national and tri-national study programmes managed by the FGU in France, Germany and other countries. In the case of tri-national degree programmes, students also study or do an internship in a third country.

Credits obtained in a partner country are fully recognised by the home university.

Advantages of an integrated degree programme

dual degree, within the same time as it takes to obtain a single national degree

A “double degree” is the reward for the extra work required from students to achieve intercultural, thematic and linguistic proficiency in their subjects within the nationally required standard programme duration.

In addition to the integrated study programmes, the FGU also promotes doctoral programmes and academic events.

The French and German governments, together with the German federal states, provide equal funding to the FGU.