During the past 20 years, more than 20,000 FGU students have already completed their bi-national or tri-national studies with a double degree. The FGU attaches great importance to maintaining contact with its students and graduates – not only during their studies, but also in the transition phase between studies and work, as well as once they have started out on their careers. The FGU therefore supports them with content and financial backing.

The FGU carries out regular graduate surveys in order to stay tuned in to the professional careers of their former students.

With a double degree from the FGU it is very easy to find employment. 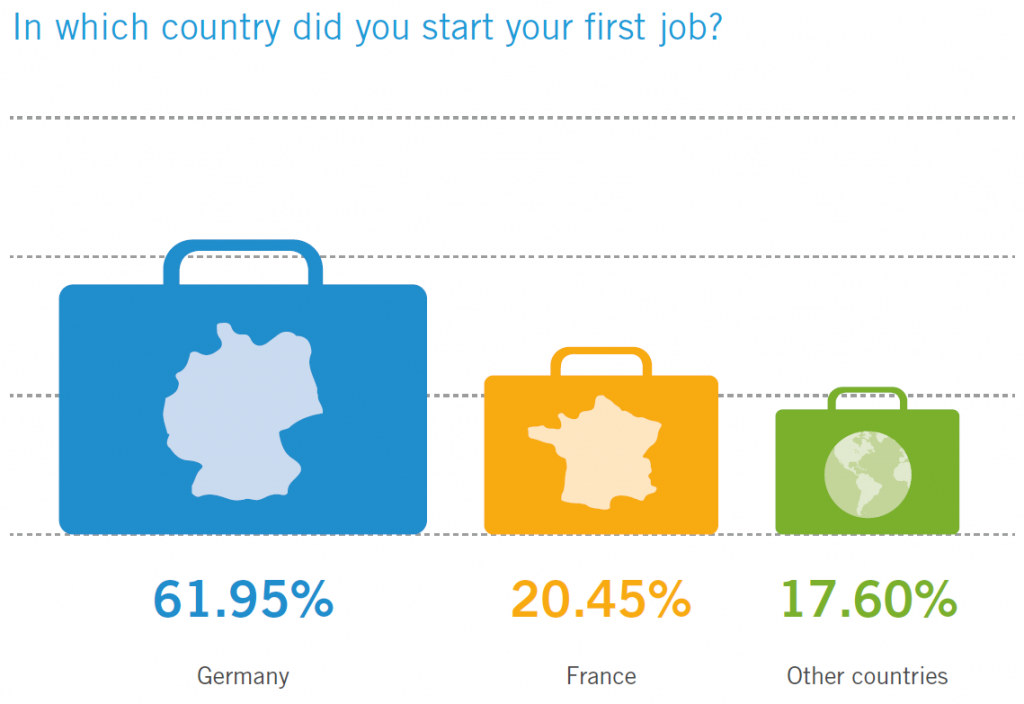 Three out of four FGU graduates are employed in a job with an international dimension.

Almost all FGU graduates would recommend an integrated FGU course to future students. 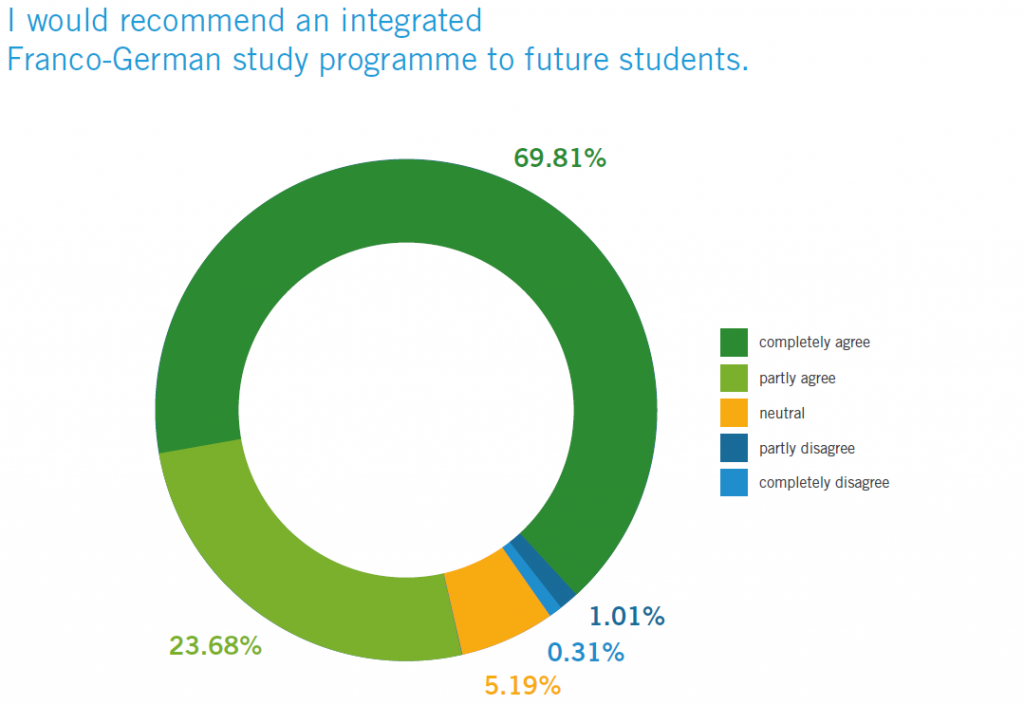 » All results of the graduate study (in French or German)

Many FGU study programmes have established alumni associations. The alumni associations allow graduates to remain in contact with each other across national borders after they have graduated, and to organise alumni meetings and theme-based events.

The FGU supports alumni activities within the scope of its bi-national and tri-national degree programmes with maximum funding of €2,500 per year and per association.

The FGU also provides funding for networking between different FGU-backed alumni associations by means of a special call for applications for networking projects.

Have you completed your studies and are ready to get on the career ladder?

The FGU supports its students and graduates in entering the international job market:

Twice a year, the FGU organises cross cultural training seminars to assist its students and graduates with applying for jobs in both countries. The working languages of the seminar are French and German (without translation).

The FGU regularly publishes advertisements for jobs and internships with internationally operating companies and institutions via Facebook, LinkedIn and Twitter and forwards them to the alumni associations of the integrated study courses.

Here students and graduates can find a list of websites that might prove useful when looking for a job or internship on the international labour market: » Internships / job vacancies / recruitment assistance (in French and German)

Whether business dinners, networking events with businesses or scientific events for junior researchers, the FGU would like to give its students and graduates the opportunity to get to know each other in an informal setting and to exchange ideas with international practitioners. » Further information (in French and German)

The contact persons for the study programmes advise visitors on their bi-national and tri-national degree programmes and offer networking opportunities.